Sometimes my clients ask the question: “Why is the grout coming out of the joints in my bathroom floor, and what can I do about it?” This job at a house in the city of Cardiff had exactly that problem and I had been asked to resolve it, additionally one of the tiles had become cracked and need replacing.

The cause was due to movement in the floor when walked on, causing the grout to dislodge from the tile; this is not uncommon on tiled floors where there is wooden base and there is a lack of flexibility in the adhesive, most likely because it was watered down upon initial installation or a flexible product was not used. In this case the floorboards outside the bathroom door would squeak when stepped on, suggesting that there was some degree of movement under the bathroom floor, making the substrate move very slightly – but enough to cause problems. All I could really do in this situation was to remove the existing grout with a small machine and re-grout the entire area using a highly flexible grout.

These thoughts were confirmed when I came to replace one cracked tile in the centre of the floor. Upon removing the broken tile I saw that the tiles had been laid on 13mm of adhesive which was very brittle and soft, allowing it to be scraped off the tile and the floor easily. Only approximately 50% of the tile was covered in adhesive, suggesting that it had been laid rather carelessly. Tiles must have 100% adhesive coverage, especially in bathrooms with underfloor heating, because the heat and cold can directly impact the stone and cause cracks.

Fortunately the customer had a spare tile and so I carefully chopped out the broken tile and removed the surrounding grout and adhesive causing no disruption to the surrounding area. The replacement tile was secured in place with adhesive and then grouted using a matching grout, this time using flexible products.

The next job was to take a look at the shower cubicle where I was disappointed to see that the contractor who was responsible for the initial installation of the floor had used a very cheap silicone between the base and the shower wall. It was now mouldy and had de-bonded in places that it had to be cut out and replaced by a stronger, high quality silicone. Generally speaking, silicone should last more than 2-3 years (this floor had been installed in 2012). 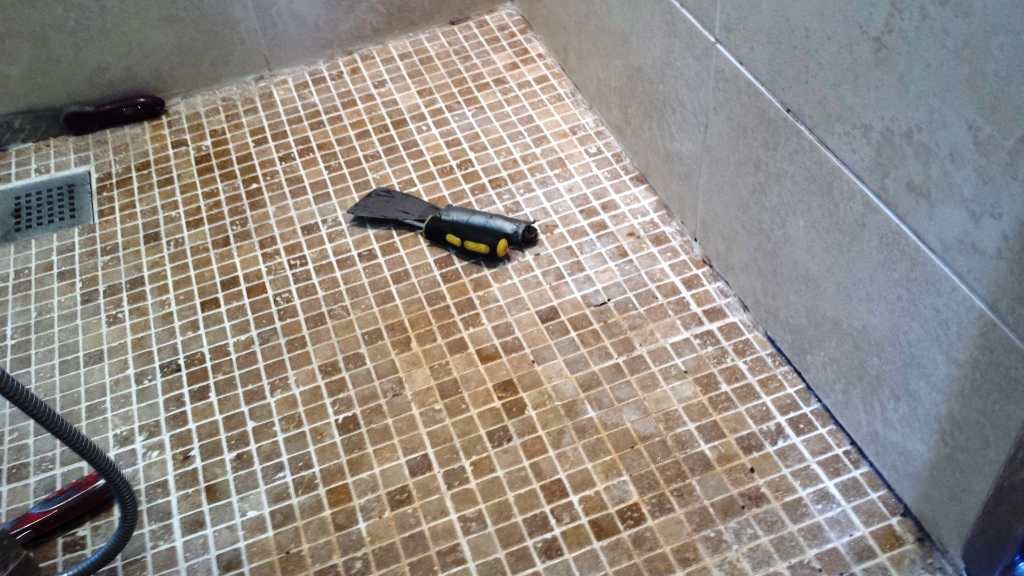 I cut the old silicone out with a sharp knife, cleaned up the edges and replaced the silicone with a quality product. 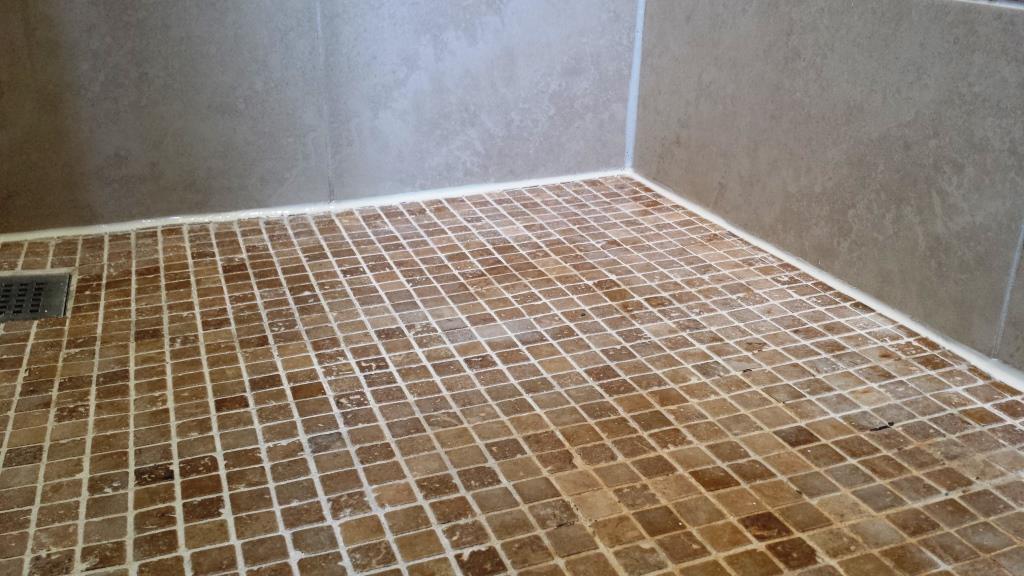 The ceramic and mosaic tiles were in good condition so this really was just a case of resolving some installation problems however for general cleaning I would recommend Tile Doctor Stone Soap which is a new Biodegradable organic product ideal for cleaning bathroom tiles.