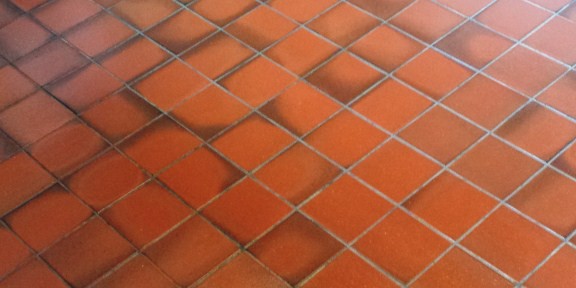 This Quarry Tiled Kitchen floor had been laid in 2000 which is relatively recent compared to some of the floors I’m asked to deal with, the tiles are 150 x 150 mm Quarry tiles with a mixture of colours. A customer in Cardiff said that the Quarry tiles has been sealed by the tiler however it wasn’t long after it was completed that the before became very grubby looking. You can see this for yourself in the photograph below where you should be able to make out the ingrained dirt and discoloured tile grout. 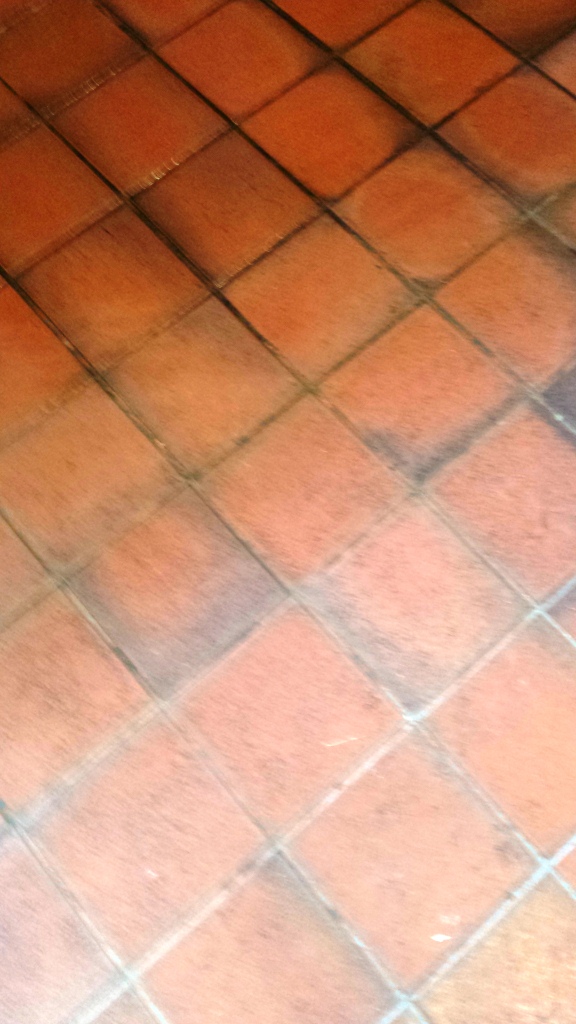 I set about cleaning the floor with undiluted Tile Doctor Remove and Go mixed 3 to 1 with NanoTech UltraClean which adds tiny abrasive particles to a strong coatings remove; this mixture not only removes any previous sealers but also deep cleans the tiles and brings the grout back to its original colour. I used a rotary machine with a disc shaped scrubbing brush attachment disc which really gets into the dirt. The soiled solution was removed using a wet vacuum, stubborn areas retreated and then the floor was rinsed until all the cleaning solution had been removed. 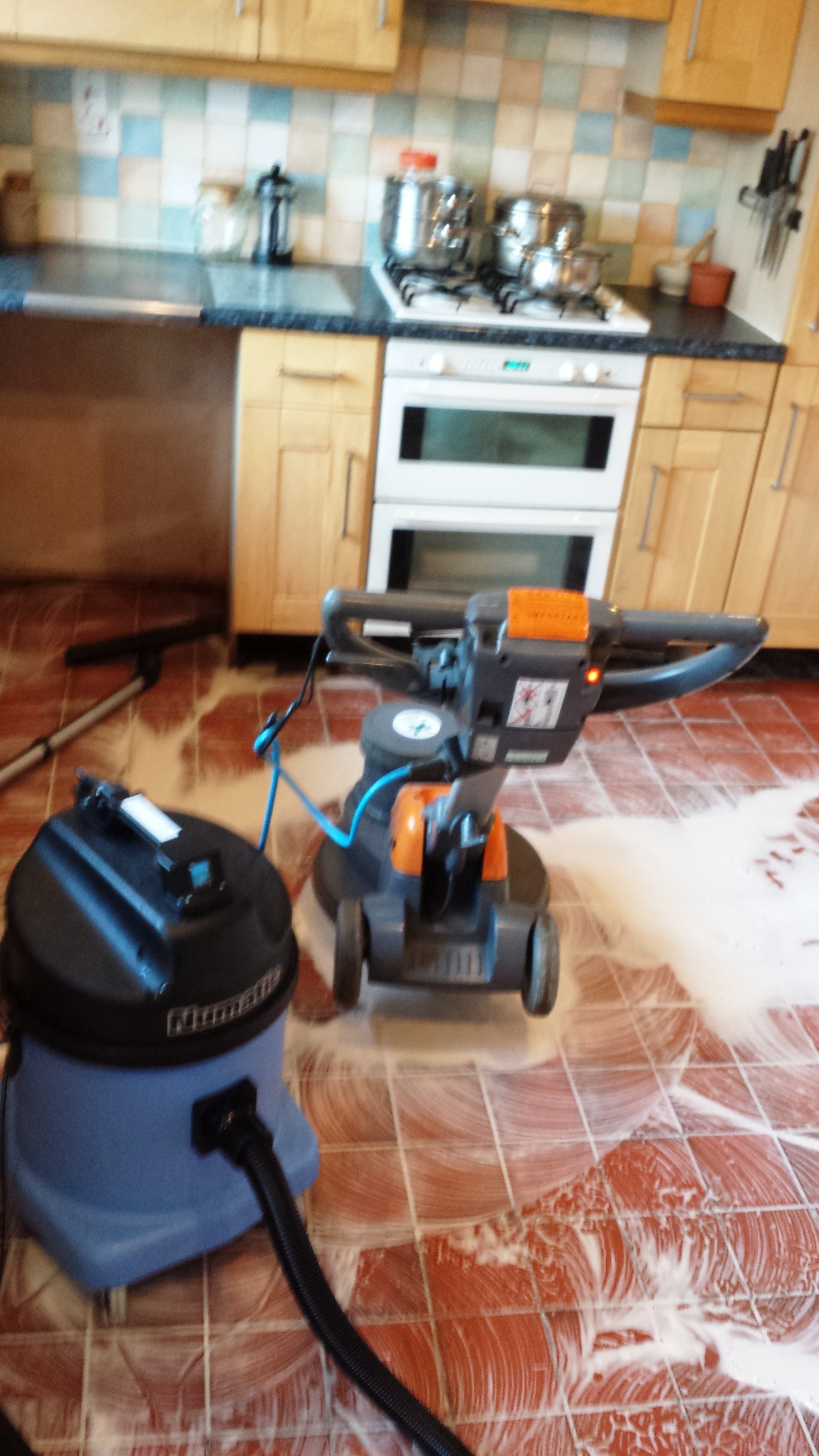 The floor was left to dry for 24 hours and I came back later to seal it. Before sealing I used a hand held damp meter to verify the floor had dried. I had previously discussed the choice of sealer with the customer to establish how they wanted the floor to look and selected Tile Doctor Seal and Go for its satin shine. 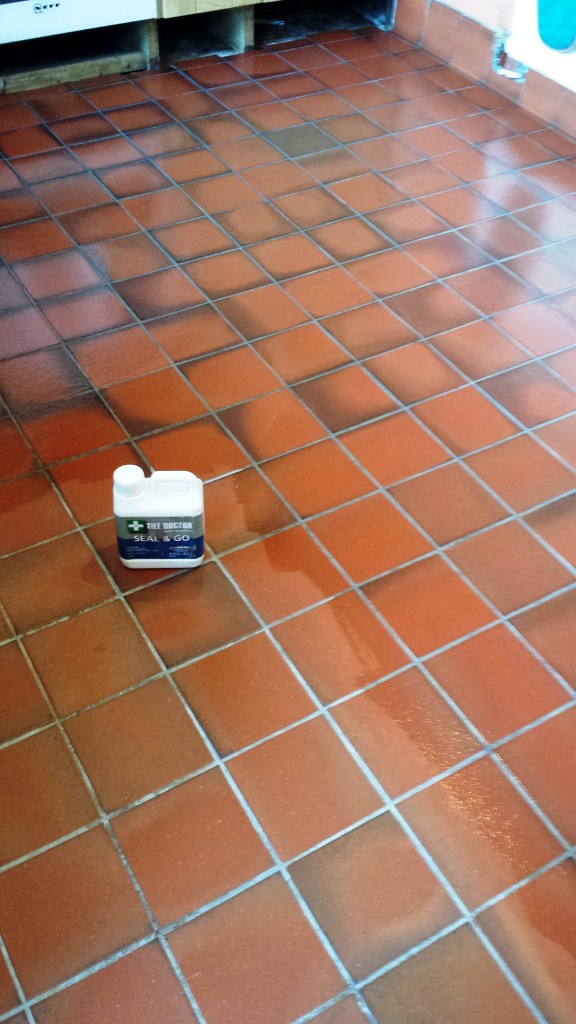 I went on to seal the tiles with two coats of Tile Doctor Seal and Go using a water test to verify I had applied the right amount of sealer and that liquids were being repelled from the surface of the tile as opposed being absorbed. 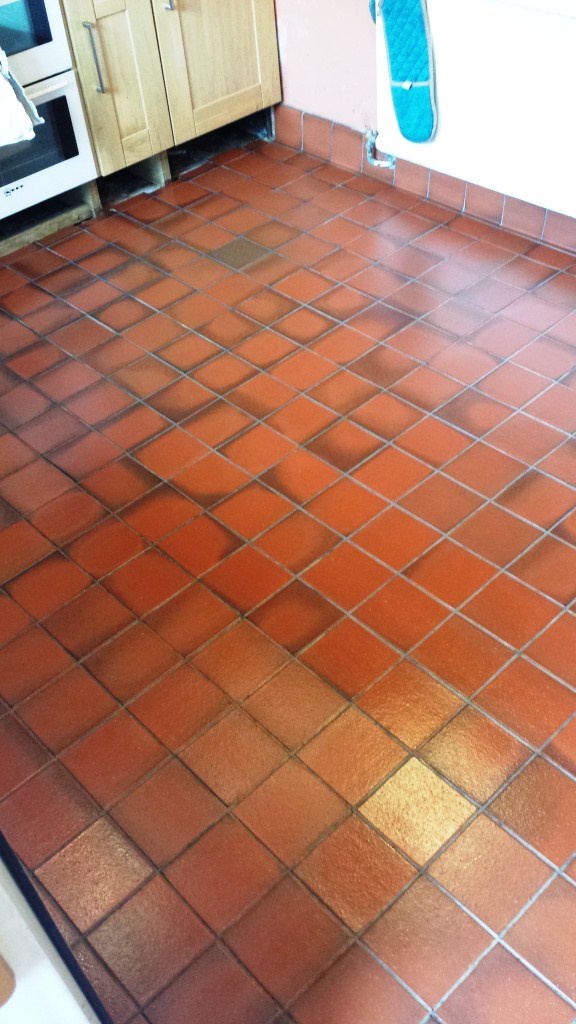 The floor cleaned up really well especially after sealing which brought the colours in the tile back to life; the customers were delighted with the results.

One thought on “Kitchen Quarry Tiles Cleaned and Sealed in Cardiff”